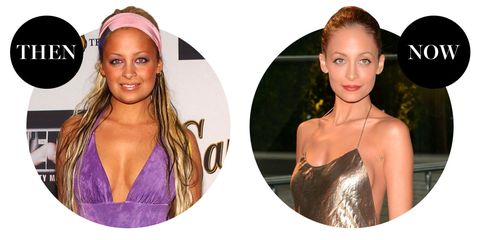 Some are born chic. Some achieve chicness. And some have chicness thrust upon them. No one here falls under categories one and three, but by upgrading stylists, growing up, and/or simply surviving the early aughts, everybody has eventually managed to emerge from her Ed Hardy cocoon a sleek, put-together butterfly. See? There's hope for us all.

Getty
1 of 22
Victoria Beckham Then

Okay, it might have been the '90s, but VB's definition of "posh" for a long time meant short and tight and WAG-ish.

Not anymore! Now, she's all about clean, never-a-hair-out-of-place spareness.

Getty
3 of 22
Avril Lavigne Then

Sometimes she still does the all-black punk thing, but pre-transformation, this—pink! a ruffle!—never would have happened.

Getty
5 of 22
Blake Lively Then

When researching Blake's early years, one gets the feeling she was a regular girl who didn't really have a clue about clothes nor care to get one.

Getty
7 of 22
Vanessa Hudgens Then

After she moved to New York to star in Gigi: totally New York-ified. (More evidence this way.)

Getty
9 of 22
Taylor Swift Then

Before she underwent her own New York-ification, Tay Tay was just a romantic in sundresses and cowboy boots.

Moral of the story: The farther your style progresses, the simpler the stuff you wear.

We'll never forget the dress that marked the graduation of Nicole Richie from Paris Hilton's sidekick to style star: a pink, sparkly Michael Kors at the 2005 CFDA Awards. Also, those side bangs.

She's only gotten better and more minimal with time.

Being, uh, herself, Emma Watson will never look back on old photos like, "EW. GET THAT AWAY FROM ME." Instead, she might say "Damn. I used to be really into frou-frou dresses."

These days, it's all Carolina Herrera-esque classiness all the time.

Another one who has no embarrassing pics—just a lot of solid-colored skater and A-line dresses.

Fast forward to this year's Golden Globes, to which she wore cigarette pants. That's growth.

Splash
19 of 22
Mary Kate and Ashley Olsen Then

TBH, this was kind of a bad time for everyone.

But then they started their own lines and only wore very clean things in nice, whole fabrics.

Getty
21 of 22
Kelly Osbourne Then

She's always been a risk-taker, that's for sure.

Still a risk-taker but in a retro, pin-up-y kind of way. 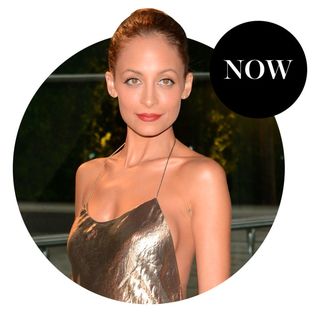