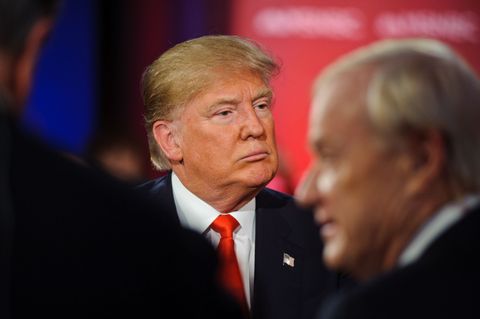 Following a leaked tape of Donald Trump bragging about sexual assault, Entertainment Tonight has released archive footage of the presidential candidate engaging in a somewhat alarming conversation with a young girl.

In the circa 1992 clip shot at Trump Tower, 46-year-old Trump addresses the child, asking "You going up the escalator?" and then quips, "I'm going to be dating her in ten years, can you believe it?"

The clip comes hot off the heels of five women accusing Trump of touching them inappropriately—including a People Magazine reporter who alleges Trump forcibly kissed her during a photoshoot with then-pregnant Melania Trump. Trump's thoughts on the claims (specifically those laid out in the New York Times) are as follows: