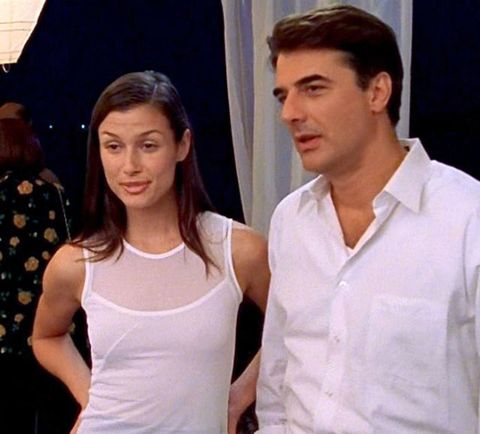 1. He tells you he isn't really ready for a relationship early on. Yet he continues to talk to you and lead you on in a way that seems serious. You just go with it because he is cute, seems genuine, gives you attention, and you might just think he'll change and realize you're "the one."

2. He puts his phone on airplane mode. That way you can't see incoming texts when you ask to see pictures on his phone that you guys just took of each other.

3. He wears a man ponytail. AKA ponymale.

4. He takes his phone with him every time he goes to the bathroom.

5. He has more friends that are girls than you do, and he only has a few guy friends.

6. You haven't met a lot of his friends even though you hang out with him a lot. They're always busy.

7. His phone battery seems to die more than the average person's, making him unreachable for extended periods of time.

8. He gives you just enough attention to keep you around but not enough to actually move forward in your "relationship."

10. Every time you call him out on something (like why he went so MIA on text) he turns it around on you, saying you're being clingy or crazy.

12. You never know where he is. But he refuses to add you on Find My Friends.

13. He refers to himself here and there as "a loner." Time to walk the F away.

14. He is a shitty communicator and takes forever to text you back. Duh, because he's texting countless other girls, so it takes a while for him to get back to you.

15. He occasionally agrees to plans, then backs out later — like telling you he can come to your cousin's wedding and then acting weird when you actually try to book a rental car.

16. He falls off the map more often than not.

17. He can't commit — to you or to future plans, even things like what you're going to do with him on Saturday.

18. He sometimes lies about random/inconsequential things at times when it doesn't really seem to matter.

19. Everyone he follows on Instagram appears to be a sexy-looking, half-naked woman.

20. He has a lot of numbers in his phone that aren't saved under names. You can bet those numbers are attached to girls who are conversing with him in a flirty manner. Trust.

21. You haven't met his family. OK, maybe his mom, but she doesn't even know what he's up to, and you only met her for an hour.

22. You find alarming texts in his phone that say, "Have you been tested?"

23. He has his text messages linked to his iPad and stored in the "Finance folder." SHADY!

24. He comes up on your friend's Tinder.

25. If you calmly and sincerely approach your partner about the thought that something seems off or makes you uncomfortable, and he or she lashes out and make you feel insecure or insane, it's because s/he is deflecting. A caring relationship involves talking things out and caring about one another's feelings and validating them, while trying to resolve an issue in a constructive and healthy way.

Victims of cheating, bottom line: If any of these signals sound familiar or you have caught him red-handed with his pants down around his ankles, the only logical thing to do now is have your BFF ring his doorbell and do this: