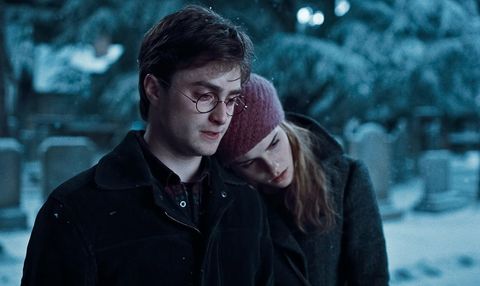 The original Hermione is officially done with Harry Potter!

At last night's London premiere of Harry Potter and the Cursed Child, Reuters reports that J.K. Rowling is adamant that the boy with the lightning bolt scar and his crew of fabulous crazies are hanging up their wands, for real.

"He goes on a very big journey during these two plays and then, yeah, I think we're done. This is the next generation, you know," said Rowling. "So, I'm thrilled to see it realized so beautifully but, no, Harry is done now."

She also said that she loves the play's addition to HP's world.

"(It) chimed perfectly with the material I had about the next generation and I could see it would work perfectly," she said. "So, I never wanted to write another novel, but this will give the fans something special."

The play's premiere was accompanied by a midnight release of a book based on its script, which, of course, caused fan pandemonium.

It's so hard to say goodbye to Harry Potter, but I'm thrilled to see what J.K. Rowling will #bless us with next. Until then, we always have her *perfect* Twitter.