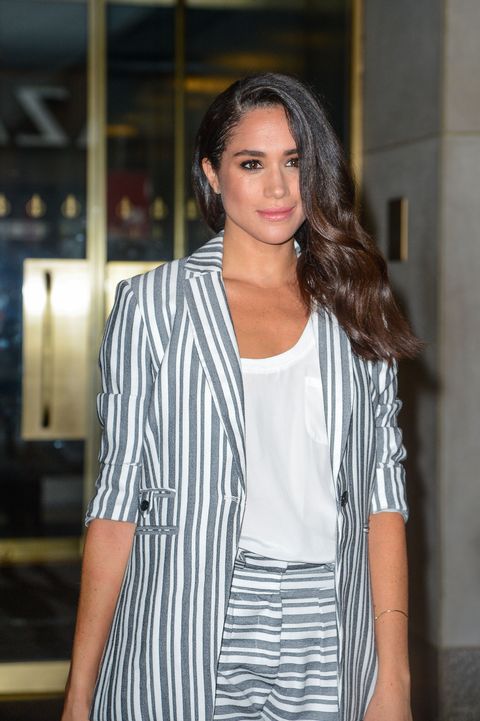 In the lead up to Pippa Middleton's wedding next month and the upcoming general election in the United Kingdom on June 8, could Meghan Markle's political views become a problem with the royal family?

As a philanthropist and activist who has long fought for women's rights, gender equality, and improved education, health, and sanitation services for girls around the world, it was to be expected the 35-year-old Suits actress has strong values regarding human rights and international politics.

However, if you take a look back at her Instagram posts over the last year, you'll come across a post that might shed light on the Californian beauty's views about Brexit.

During the week of the EU referendum last June, Markle posted a photograph of someone holding a pro-EU placard during a protest in London, around the time she was visiting her royal beau in Blighty.

The actress' fans commented on the image, varying in support and criticism of the Toronto-based celebrity sharing her views on British politics.

One follower wrote: "Leave the British alone. Let them work out their issues." Another commented: "It's called democracy. We voted, remain lost.. move on. Please."

While Markle is, of course, entitled to share her opinions on politics, her views could cause controversy with the royal family, who commonly refrain from expressing their political standpoints and personal opinions in public.

However, Markle is not one to show political neutrality, if her previous comments about President Donald Trump are anything to go by.

During an appearance on the Nightly Show with Larry Wilmore in May, the actress revealed she would move to Canada if President Donald Trump—who was then in the running for the presidency—entered the White House.

She admitted: "It's really the moment I go, we film Suits in Toronto and I might just stay in Canada.

"If that is really the reality we are talking about then that is a game changer in terms of how we move in the world here," she added, calling it "crazy" that Trump's comments haven't affected his supporters views on him.

She explained: "Yes, of course Trump is divisive, think about female voters alone, right? I think it was in 2012 the Republican Party lost the female vote by 12 points, that is a huge number and with as misogynistic as Trump is, and so vocal about it, that is a huge chunk of it."

Whether the royal family agrees with Markle's opinions, we will never know.