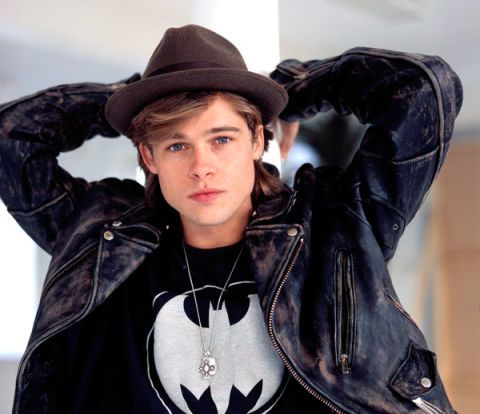 Brad Pitt is the man who arguably created soul-crushing hotness. He stepped on to the scene decades ago with his hair, and his jawline, and his abs—sending the world into a tailspin. In honor of the anniversary of Fight Club, we're celebrating with Pitt's most drool-worthy pictures throughout the years. Enjoy!


The Best and Worst Hairstyles of 2013

Topics We Hope Tina & Amy Spoof at the 2014 Golden Globes

This content is created and maintained by a third party, and imported onto this page to help users provide their email addresses. You may be able to find more information about this and similar content at piano.io
Advertisement - Continue Reading Below
More From Celebrity
The Kardashians' Most Body-Confident Nude Shoots
What Happens on Katie's Season?
Advertisement - Continue Reading Below
Britney Spears Says She Was Locked in a Bathroom
Kate and William Holiday In Cornwall
Blake Lively Wears a Pink Sequin Dress
Meghan Markle Hangs Out With Melissa McCarthy
Simone's Boyfriend Sent Her the Sweetest Message
Rebel Wilson Recreated This Britney Spears Look
Jennifer Lopez Flew Back From European Getaway
Jennifer Lopez Wears Old Bracelet From Ben Affleck