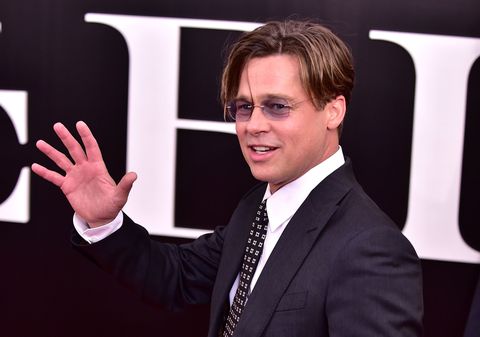 As the nation weeps and Googles "how to referendum," it should be known that, in other news, Brad Pitt went outside Monday in his first public appearance since Angelina Jolie filed for divorce in September.

Cohosting a private screening of Moonlight with Julia Roberts, Pitt put on a moderately happy face while posing for photos with Roberts, lead actor Trevante Rhodes and writer/director Barry Jenkins. (His company Plan B produced the movie, which has already been hailed the standout of the year.)

This is the first time he has been photographed since the announcement of his separation, after he canceled an engagement to promote Voyage of Time in late September, citing "my family situation."