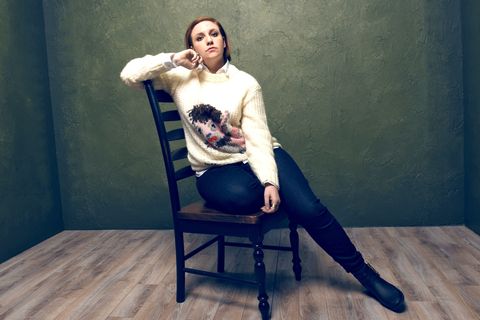 Breitbart's Steve Bannon was just appointed as chief strategist and senior council to Donald Trump, and it's...well, terrifying. Bannon's site has been accused of promoting racist, sexist, and anti-semitic rhetoric, so many people are understandably concerned—including Lena Dunham.

In an effort to stop Bannon from climbing the political ladder, the Girls creator called Paul Ryan to express her dismay. Unfortunately he didn't answer, so she left a voicemail.

"I'm not sure you're really going to listen to this," Dunham says in the video below (before being cut off). "But I hope you do, because I want to let you know that as a woman, as a Jew, as a person who cares about other human beings, people of color, the idea of pointing an anti-Semitic white supremacist—."

Dunham's message may have been cut short, but you can make your voice heard by calling Speaker Ryan at 202-225-3031. At some point, he has to listen.