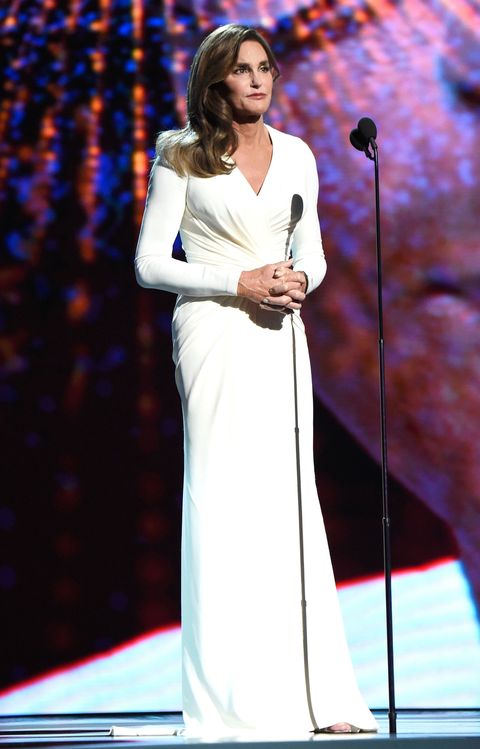 Donald Trump just implemented a major rollback on the federal protection of trans students' rights, essentially making it so they can no longer use the school bathrooms or locker rooms of their choice. It's a huge disappointment, and naturally Caitlyn Jenner is using her platform to speak out.

Well @realDonaldTrump, from one Republican to another, this is a disaster. You made a promise to protect the LGBTQ community. Call me. pic.twitter.com/XwYe0LNUOq

The republican reality star released a video in which she calls out Trump, and makes the following very legit statement: "I have a message for the bullies: You're sick. And because you're weak, you pick on kids, you pick on women, or anyone else you think is vulnerable. Apparently, even becoming the attorney general isn't enough to cure some people of their insecurities...I have a message for President Trump from one republican to another. This is a disaster, and you can still fix it. You made a promise to protect the LGBTQ community. Call me."

YASSSSS, but this *might* be a case of too little, too late. During the E! series I Am Cait, Jenner's friends tried to warn her about Trump's policies, but she insisted that he (a man who once advocated grabbing women "by the pussy") was "very good for women's issues." She also said, "I don't think he's out there to destroy women or do any of that kinda stuff."