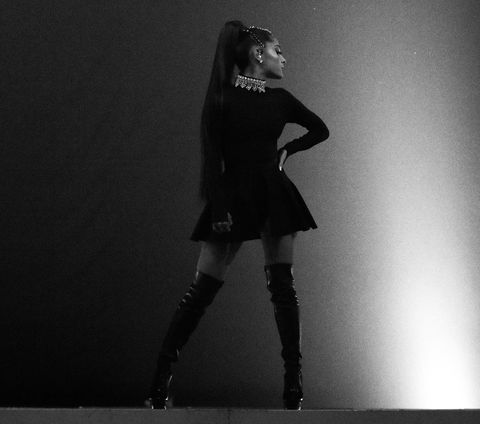 In a horrific and surreal chain of events, concertgoers at Ariana Grande's UK performance tonight heard two loud, disorienting blasts inside Manchester Arena and immediately began to flee. Nineteen were killed and 50 more were wounded by what officials are treating as a terrorist attack and which they suspect is the result of a suicide bomber.

Ariana Grande, the 23-year-old star at the center of it all, has just issued a raw, moving statement in response to the terrifying incident:

broken.
from the bottom of my heart, i am so so sorry. i don't have words.

Sources tell TMZ that she's even cancelled the rest of her Dangerous Woman tour, which was scheduled to continue through Europe.

"Words cannot express our sorrow for the victims and families harmed in this senseless attack," manager Scooter Braun said on Twitter tonight. "We mourn the lives of the children and loved ones taken by this cowardly act." 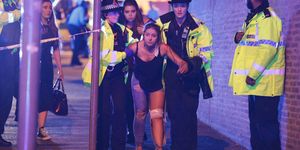