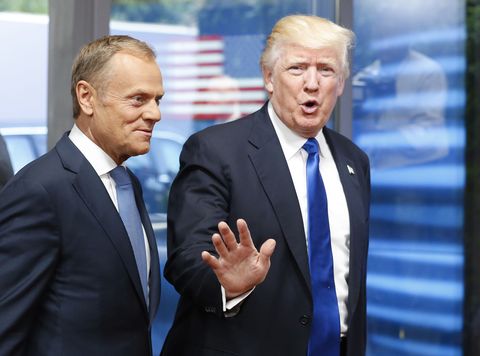 After a spell of strange body language moments (including touching Melania's rear end after she rejected his hand hold—not to mention the most tense handshake ever with President Macron), Donald Trump had yet another 👀 encounter today while at a NATO gathering in Brussels, Belgium.

By which we mean he was seen shoving his way to the front of the group, presumably to be in the foreground of photos. (Though, who really knows what was going through his mind at the time.)

Did Trump just shove another NATO leader to be in the front of the group? pic.twitter.com/bL1r2auELd

This kind of power play isn't shocking for anyone whose been following the adventures of Trump's Ego, but you'd *think* at this point he'd have learned that people have cameras and the internet loves itself a good GIF. 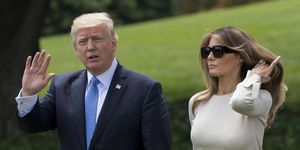