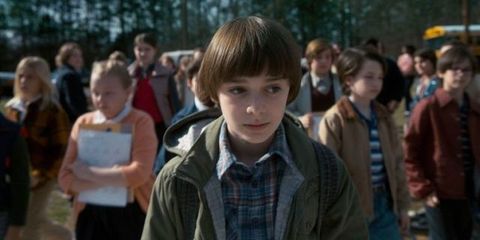 Stranger Things is going to be around for at least another season. In a new interview with Vulture, the Duffer brothers confirmed that their Netflix breakout hit is coming back for season three, with a fourth season also looking pretty likely.

Though they're characteristically tight-lipped about what's coming in season two, Ross Duffer did share that they "wanted to push things a bit," in the new run. "'I don't want to call it season two, I just want it to feel like a movie sequel.' If you have a successful movie, No. 2 is always a little bit bigger." As for their overall plan for the show, "we're thinking it will be a four-season thing and then out."

While 2017 has been the year in which Netflix finally started canceling some of its enormous roster of shows—RIP, Sense8—there's basically no chance at all that Stranger Things will end before its creators want it to. So although season three is all that's been officially picked up, you can pretty much rely on season four dropping sometime in fall of 2019–and presumably following some of the Hawkins gang to college or beyond. "We just have to keep adjusting the story," Matt Duffer said. "Though I don't know if we can justify something bad happening to them once a year." 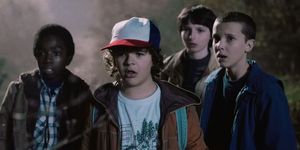