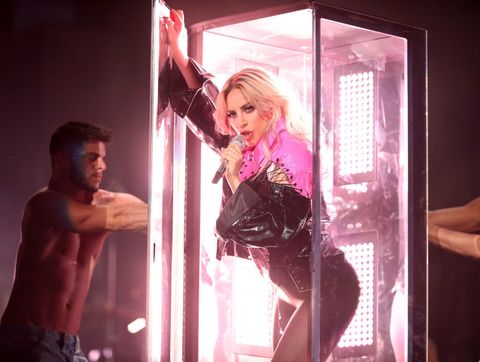 When Lady Gaga premiered "The Cure" at Coachella, everybody who was still semi-coherent was like, "This is different but catchy." Then she dropped the lyric video for the same song Monday and sent viewers right back on the express train to Blackoutville—you'll see why in a sec.

Though the point of a lyric video is ostensibly for fans to learn the words to a new song so they can buy live-date tickets and sing along to the radio but preferably also to a digital copy they've purchased, Mother Monster's latest effort features so much spinning and jittering it's more like alphabet soup.

Helpful commenters have since typed out the full lyrics (TYSM), but not before Twitter did what it does best.

me after trying to read the lyrics pic.twitter.com/eRkWMosf2f

But wait—producing a lyric video that forces people to concentrate? And listen carefully to the song multiple times? Hmmm...