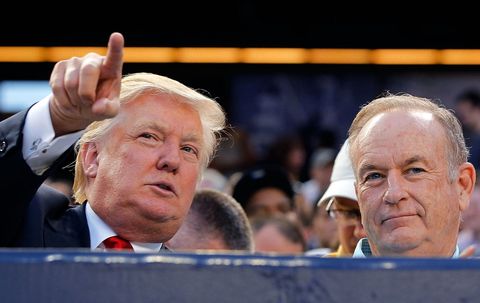 The Fox News host has long been the network's top talent, with a show ranked No. 1 in cable news. But O'Reilly has found himself at the center of a controversy recently, following a New York Times report highlighting five sexual harassment lawsuits that he's settled. 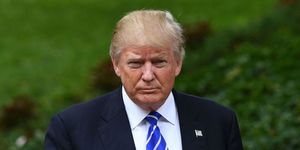 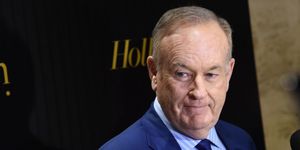 Trump has his own controversial history with sexual assault claims. After a tape was released in October 2016 of Trump talking to then-co-anchor of Access Hollywood Billy Bush about grabbing women's genitals, multiple women came forward to accuse him of harassment.

It's important to note that settling a suit does not prove that someone is guilty. Many legal experts acknowledge that some high-profile people or companies choose to settle suits in order to avoid costly verdicts against them or the embarrassment of going to trial. O'Reilly has said the claims against him have no merit.