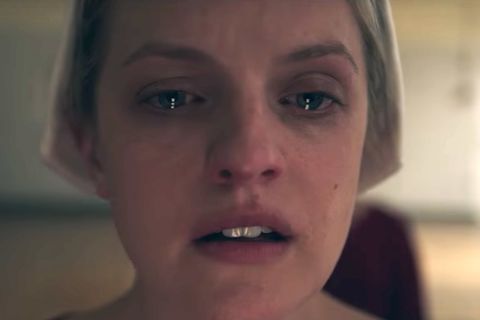 Hulu is here to reinvigorate your Thursday with a new teaser for The Handmaid's Tale Season 2. The Emmy-winning series ended its first season on a major cliffhanger, so we're definitely here for any clues about what Season 2 has to offer.

In the new teaser, appropriately dropped on International Women's Day, Offred recites the rules the handmaids are expected to live by: "Wear the red dress, wear the wings, shut your mouth, be a good girl."

Of course, it's also clear that she's no longer planning to follow the rules. If you need proof of that, just look at the new poster Hulu released, in which Offred holds her burning wings:

The teaser doesn't tell us a ton about what to expect in the upcoming season, but the glimpses it does give us of Offred and other characters, like Alexis Bledel's Ofglen, are downright haunting. Watch it for yourself below:

Season 2 of The Handmaid's Tale premieres on Hulu on April 25.