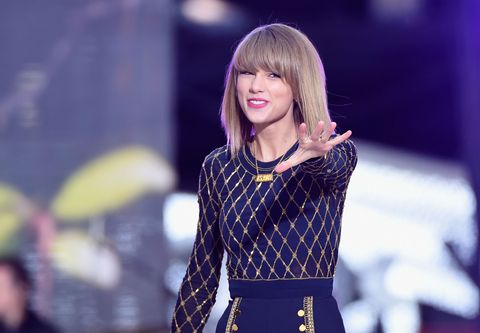 How's your week going? Because Taylor Swift just won a bid to designate her Beverly Hills mansion into a historic landmark. The singer apparently made the application for the 11,000-square foot, six-bedroom home back in January.

Swift bought the legendary Samuel Goldwyn estate in 2015 for a mere $25 million. The house originally went on the market for $24 million in 2008, a price that rose to $39 million in 2015 following the death of the Hollywood mogul's son, Samuel Goldwyn Jr. Swift has been working on extensive renovations ever since she bought the mansion—that is, when she's not laying low in Nashville working on new music.

What's more? Now that her property is a historic landmark, Tay can apply for a tax relief for all those renovations. Smart move, T-Swift. Smart move.