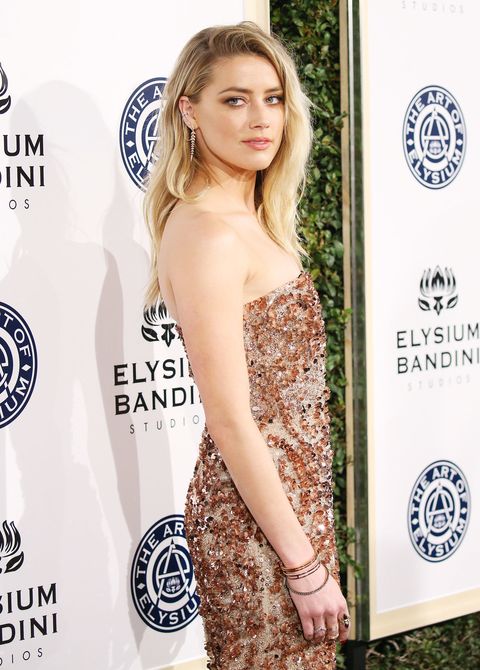 Following months of speculation, Amber Heard has confirmed her relationship with billionaire businessman Elon Musk with a "cheeky" snap on Instagram.

The 31-year-old actress, who recently divorced Johnny Depp, posted a cozy picture of herself with her arm resting on Musk, who sports a big red lipstick mark on his cheek. (Which we assume is from her.)

Musk also shared a similar picture of the pair together, which he captioned: "Having moo moo at Moo Moo Gold Coast with @AmberHeard,@CreepyPuppet and @CowanFilms"

The pair originally met on the set of Machete Kills in 2013, but only began dating at the start of this year, after the Rum Dairies star's divorce from Depp was finalized in January after a highly publicized legal battle.

The 45-year-old co-founder of Paypal has five children with his first wife Justine Musk, whom he married in 2000, before divorcing eight years later after meeting Pride And Prejudice star Riley.

This content is created and maintained by a third party, and imported onto this page to help users provide their email addresses. You may be able to find more information about this and similar content at piano.io
Advertisement - Continue Reading Below
More From Celebrity
Ryan's Mother's Day Tribute to Blake Is LOL
How Celebrities Are Celebrating Mother's Day 2021
Advertisement - Continue Reading Below
Queen Elizabeth Is Now Selling Beer and Gin
Meghan Markle Wore Carolina Herrera for Vax Live
Princess Charlotte, 6, Tells Everyone She's 16
Meghan Wears Cartier Tank Watch for Vax Live
J.Lo Sang a Sweet Duet With Her Mom at Vax Live
Meghan Discussed Her Daughter in Vax Live Speech
Prince Harry Talks Digital Pandemic at Vax Live
Harry and Will Have Been Arguing for Months Now