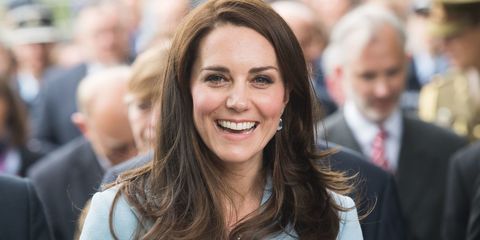 While the world might call the Duchess of Cambridge by the diminutive "Kate," her birth name is, as we all know, Catherine. However, during a trip to her old school St. Andrews in 2012, the 35-year-old admitted that she used to be known by the name "Squeak" among her classmates.

According to the Mirror, the Duchess told pupils that Squeak was also the name of one of the school's guinea pigs.

This content is created and maintained by a third party, and imported onto this page to help users provide their email addresses. You may be able to find more information about this and similar content at piano.io
Advertisement - Continue Reading Below
More From Celebrity
Queen Elizabeth Is Now Selling Beer and Gin
Meghan Markle Wore Carolina Herrera for Vax Live
Advertisement - Continue Reading Below
Princess Charlotte, 6, Tells Everyone She's 16
Meghan Wore Diana's Favorite Watch for Vax Live
J.Lo Sang a Sweet Duet With Her Mom at Vax Live
Meghan Discussed Her Daughter in Vax Live Speech
Prince Harry Talks Digital Pandemic at Vax Live
Harry and Will Have Been Arguing for Months Now
Prince Harry Doesn't Regret His Oprah Interview
Archie Has a Distinct American Accent, Apparently