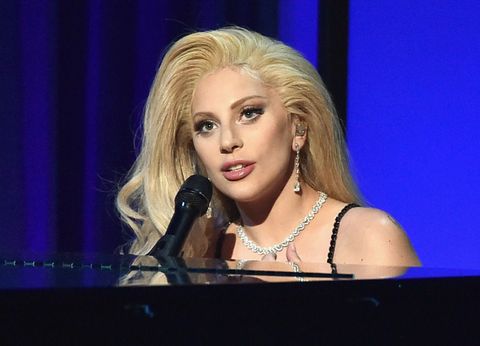 Lady Gaga attended last night's 27th annual Producers Guild of America Awards to give an emotional performance of her Oscar-nominated track, "Til It Happens to You"—the theme song for the 2015 documentary about sexual assault on college campus, The Hunting Ground.

Before her set began, Gaga spoke about her own experience with sexual assault: "I just want to say thank you to everyone who has supported this film. It's not only an important issue to me but it's an important issue to my family. Because when my father's sister was in college, she was sexually assaulted and then it caused her so much torment that it caused the lupus that she had to get so bad that she died."

"My father was 16 and it affected my family really tremendously my whole life," she added. "So this song means so much to me and so much to my parents."

Watch the chills-inducing number below: