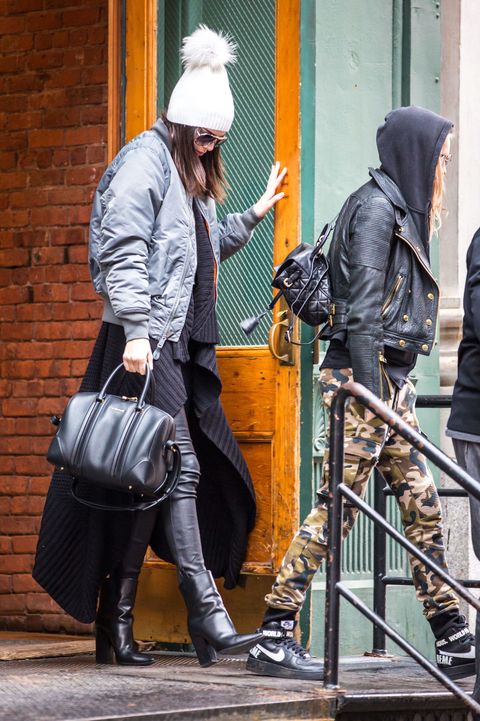 If there's one millenial power broker, it's Taylor Swift—and all the sway lies in who's invited into her A-list, all-girl entourage. We suppose it was only a matter of time before Cara Delevingne and Kendall Jenner received the coveted invitation. The two were spotted visiting Swift at her Tribeca apartment yesterday. What the three got up to? We can only imagine.

Later on in the evening, Jenner and Swift visited Gigi Hadid (another Swift inductee, we've concluded) and helped her put up Christmas lights at her place. Watch their festive decoration session go down in Gigi's Instagram hyperlapse, below: