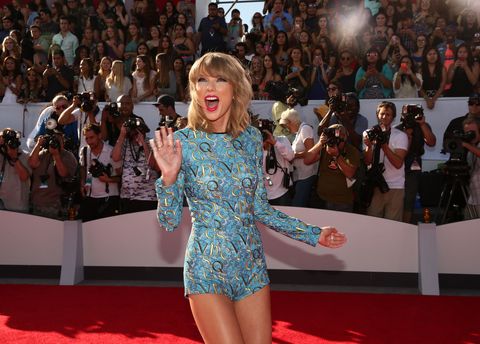 Isn't it nice to know that, in a time of leaks and hacks, there's someone like Taylor Swift out there creeping on us?

Like a more efficient, do-gooding version of the NSA, Swift pulled off the single most tearful game of Secret Santa in the history of gift-giving, all of which is recorded in the video below.

From #TayLurking on her most devoted fans' social-media profiles to FedEx-ing them headbands, open-knit sweaters, and makeup pouches printed with cat faces, this footage is so sweet that, when you're done watching, your teeth will feel like they're wrapped in fuzzy sweaters.

Watch how the military-grade operation went down below, and remember: Turn down your volume lest all that hyperventilating and uncontrollable sobbing bursts your eardrums.

Taylor Swift Named the Most Charitable Star of 2014