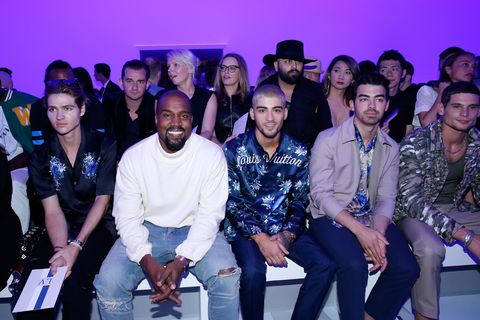 From left to right: Kanye West, dad who does dad things like falling asleep during a live performance of Frozen; Zayn Malik, displaced One Directioner reborn as a platinum blond; and Joe Jonas, the aloof one in person but the has-no-chill one on social media.

Solid lineup, guys. But tell me—have you put your party protocol in place yet? Taylor Swift has.