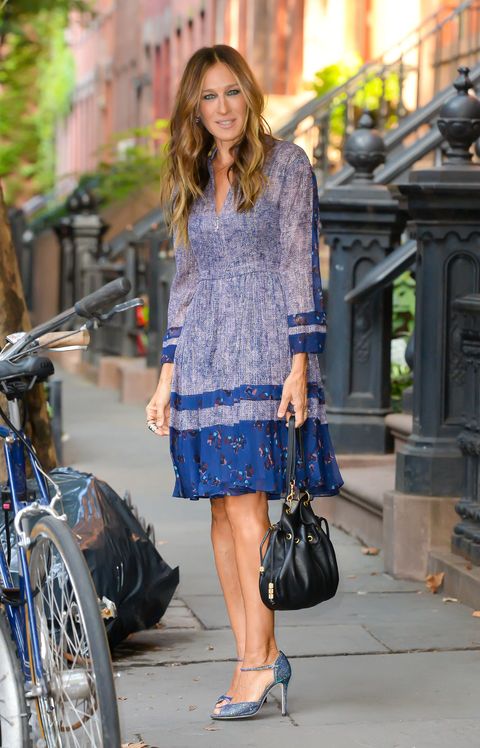 Before Sarah Jessica Parker was a Golden Globe-having, subway-riding shoe designer, she was just another ingénue struggling to get to the Jennifer Lawrence tipping point in her career where she would no longer have to adhere to Hollywood's standard of extreme thinness.

In an interview with Sirius XM (via Time), the executive producer and star ofDivorce reveals that for one movie, she had some unwanted help staying in shape.

This is an insult to both SJP and Iowa, because I am sure they have their own treadmills there, but no matter—by bringing up this incident, she's adding to the case file on the industry's sexism *and* getting the last laugh.

Chelsea Peng I'm Chelsea Peng, the assistant editor at MarieClaire.com.
This content is created and maintained by a third party, and imported onto this page to help users provide their email addresses. You may be able to find more information about this and similar content at piano.io
Advertisement - Continue Reading Below
More From Celebrity
Your Guide to the Current Royal Line of Succession
Watch Prince Harry's Interview with James Corden
Advertisement - Continue Reading Below
Meghan Has an Adorable Nickname for Harry
Harry Revealed Archie's Impressive First Word
Harry Said the Press Was Ruining His Mental Health
Here's Blue Modeling Icy Park Like a Pro
How Kate and Will Feel About the Sussex Oprah Chat
Selena Gomez Photographed Flipping Off Paparazzi
Serena Williams Stuns in a Glamorous Red Robe
Sophie Turner and Joe Jonas Took the Cutest Selfie