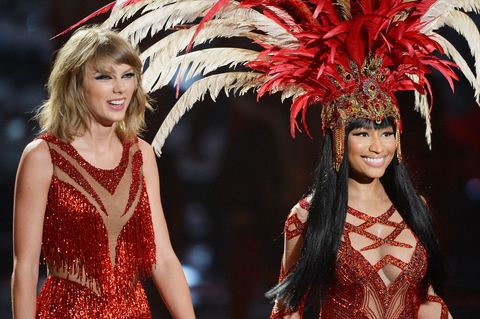 Because Swift-Minaj Armistice Day was not enough and neither was a joint make-up performance at the VMAs, we now have the ultimate evidence of the authentic, Grade A-certified truce between two of the foremost pop stars of our time: a change in Swift-ian foreign policy.

"I don't want to talk about it," Swift said in an interview with NME in which she also told the story of how six years later, Kanye admitted he was wrong. "But I send text messages now. If there seems to be some kind of misunderstanding, I go to someone's management, I get their number and I text them. It's an important lesson for anyone to learn in 2015."

True, true. Imagine how peaceful Famous People Land would be if they just got a phone tree/direct line between Miley and Nicki going.