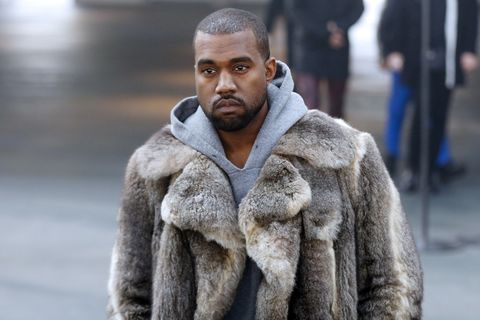 Hot off the heels of releasing two new songs to SoundCloud like it was NBD, Kanye West just debuted a new music video with Travis Scott. The theme? Urinating on gravestones—hence the title, "Piss on Your Grave."

The accompanying video involves a mudslide of skeletons and *maybe* urine, while the source of Kanye and Scott's contention appears to be studio executives. (At least that's what we're getting from Kanye's verse, "This one here for the executives/f—k you and all of your relatives.)

Angst toward execs aside, the Nabil-directed video does not appear on Kanye's artist-driven Tidal, but rather as an Apple Music exclusive. Watch it below: