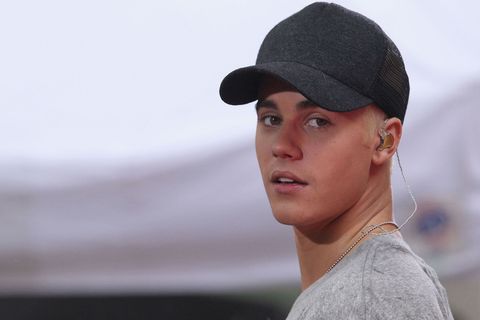 Justin Bieber, boy-man who still loves Selena Gomez, has a lot of feelings. The "Sorry" singer opened up to Billboard Magazine about the plight of being a young celebrity, cautioning the public to go easy on the likes of Kylie Jenner.

"I want people to be more kind to young celebrities," he said. "Like Kylie. Look at her world: She has been living on TV since she was a kid. Every time she's looking around she sees a camera, and that's affecting how she's thinking and how she's perceiving people and why she has to do certain things."

Bieber took a decidedly feminist view on the subject, saying "Situations that happen taint your mind, especially in this industry. Especially for girls."

As anyone who watched him sob at the VMAs knows, Bieber is an emotional guy, and takes the struggle of young, female, celebrities personally. "I hurt for some people," he said. "Everything is so [based] on people's looks and stuff. Look at the statistics on how many child stars have crumbled and turned out to be wack jobs. It's because—it's f—ked, bro, this lifestyle."

Bieber has certainly fallen victim to his own fame on more than one occasion, but it's nice to see him a) so introspective, and b) so willing to recognize that female celebrities like Kylie Jenner might just have it harder than males.