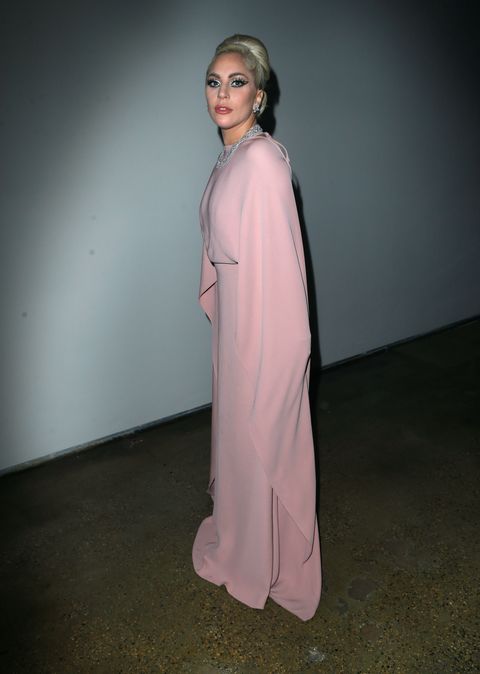 You might not think playing a murderous, bloodthirsty-children-feeding character on American Horror Story: Hotel character would be very soothing at all, but in a new interview, Lady Gaga reveals that acting has had a therapeutic effect on her lifelong struggle with depression and anxiety.

"I've tried a lot of things but there is something about acting that has really helped," she said to the Sun. "I'm a Stefani-Gaga hybrid and I want you to know the real me."

These days, the future Mrs. Taylor Kinney says that although she's still on medication, getting over the initial nervousness of filming has helped her cope.

"On my first day I threw up on the way in a bag in my Rolls-Royce. I don't know why I thought that was funny but it is funny. So after I threw up in the bag I saved it and brought it [to the set]."

Chelsea Peng I'm Chelsea Peng, the assistant editor at MarieClaire.com.
This content is created and maintained by a third party, and imported onto this page to help users provide their email addresses. You may be able to find more information about this and similar content at piano.io
Advertisement - Continue Reading Below
More From Celebrity
Meghan and Harry Blame the Palace for New Article
Serena Williams & Daughter Pose for First Campaign
Advertisement - Continue Reading Below
Britney Spears Shares Rare Photo of Sons on IG
Kim Kardashian Fell Asleep Mid-Glam
Things Are "Bad" Between William and Harry
A Look at Royal Family Portraits Through the Years
40 Rare Photos of Grace Kelly Through the Years
The 50 Most Popular Episodes of ‘Friends,’ Ranked
Inside the Royal Family's Secret Code-Word System