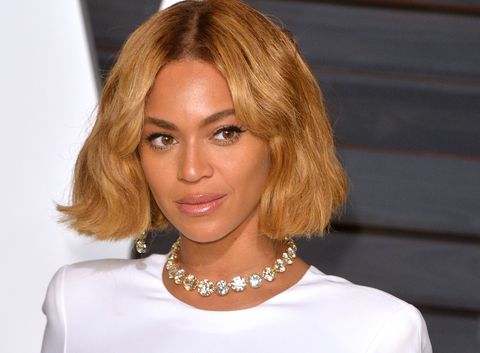 When we first heard that Beyoncé and Coldplay would be teaming up for a new track, we thought two things: 1) Really? And 2) See point one. And now the song is *here* and it's, perhaps obviously, nothing like what we expected.

Queen Bey's vocals provide a subtle backdrop for Chris Martin et al in "Hymn for the Weekend," which is the most upbeat song we've probably ever heard from Coldplay. She's not a central feature and honestly, if you don't know she's there, you might even miss her.

"It's quite understated," band member Guy Berryman told Annie Mac (via Digital Spy) of the sound. "It was never supposed to be a duet."

It's also about, according to the lyrics, "feeling drunk and high," which is another thing we didn't expect from Saint Bey. But you know what? It works. Listen here: