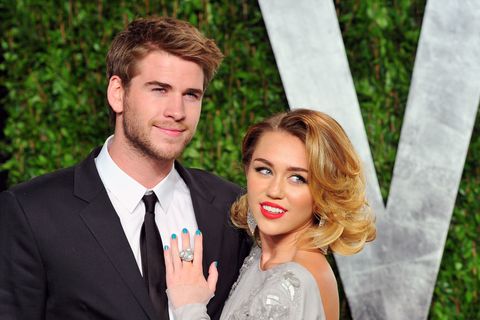 Liam Hemsworth and Miley Cyrus have found their way back into each other's lives after breaking off their engagement, and their reunion has fans the world over thrilled. Of course, none more so than known #Miam shipper Nicholas Sparks.

Sparks, the man responsible for about 90% of your tears, wrote the book on which Liam and Miley's first film together was based, and he thinks "magic" was responsible for bringing them back together.

"They're both really terrific people, right?" he said. "Really great to know that, you know, even after the breakup they remained friends. I might tend to believe there was little bit of magic involved."

Important question: is Nicholas Sparks a wizard, and if so is he House Hufflepuff?