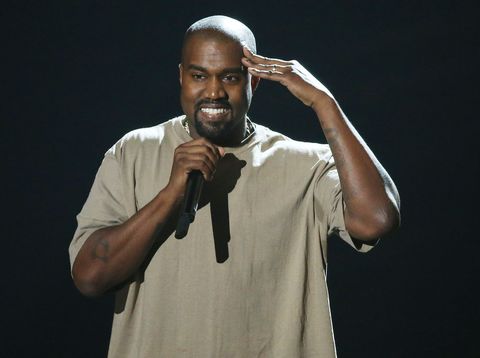 You can tell a lot about a man based on his role models, and you can tell you're talking to Kanye when he says he considers Jimi Hendrix and Michael Jackson to be his peers.

In another series of tweets about Waves, the alleged "booty ass b*tch" clarified that his upcoming album wouldn't necessarily achieve GOAT status—it'll just be regarded by history as on-par with Tupac's and Marvin Gaye's work.

Side note: The air has finally cleared enough for him to ask Wiz where he got his cool pants.