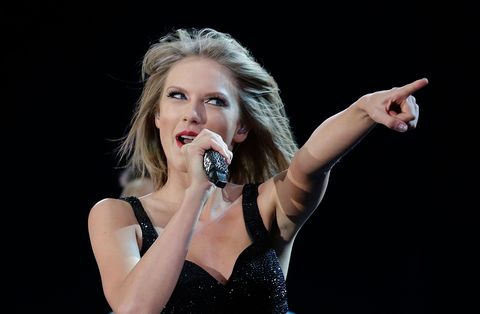 I would most certainly *not* like to thank the Academy for making the 2016 Grammy Awards on a day most people have off. But I guess it's okay if Rihanna and Justin Bieber and 30,845 of their closest friends are performing.

It's true! @taylorswift13 will return to the GRAMMY stage for a performance at the 58th #GRAMMYs Feb. 15 on @CBS! pic.twitter.com/qdvVAwAKPe

The latest addition to the lineup is Taylor Swift, who will be welcomed to the stage alongside Kendrick Lamar, Adele, the Weeknd, Diplo, Skrillex, Pitbull, Ellie Goulding, Andra Day, the Broadway cast of Hamilton, Tori Kelly, Lady Gaga performing a David Bowie tribute, and Carrie Underwood. Did I repeat myself? Not that anyone would notice.