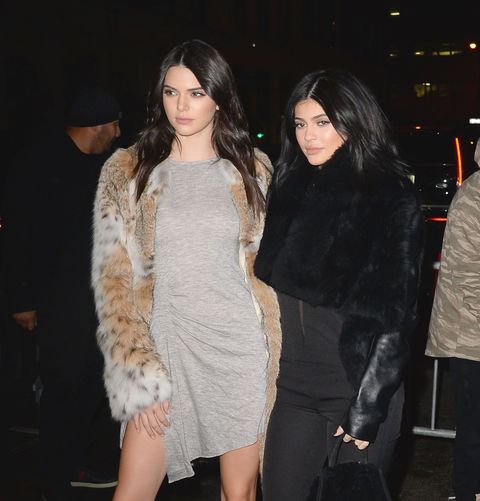 Hollywood was abuzz this morning as agents slashed one another's tires so they could be the ones to option an upstart filmmaker's debut work, a horror movie described as having "even shakier camera work than the Blair Witch Project" and "ambitions to achieve Lars von Trier levels of explicit sex."

Who is this courageous young visionary? None other than Kylie Jenner, who also stars in Kylie Jenner and Friends Use Snapchat alongside her sister Kendall, Hailey Baldwin, and some dude named Harry, who meets an untimely end. BUT DOES HE REALLY? Critics are calling the twist "as masterful as Maupassant on a really, really bad day" and "not at all cliché," but you can watch for yourself here, thanks to an internet person who compiled all the clips.

Chelsea Peng I'm Chelsea Peng, the assistant editor at MarieClaire.com.
This content is created and maintained by a third party, and imported onto this page to help users provide their email addresses. You may be able to find more information about this and similar content at piano.io
Advertisement - Continue Reading Below
More From Celebrity
Joie de Tracee
Jennifer Lopez and Ben Affleck: Everything We Know
Advertisement - Continue Reading Below
Harry & Oprah's Mental Health Doc Has a Title
Serena Williams Might Miss the Tokyo Olympics
Jennifer and Ben Have "Unreal" Chemistry Together
The Sussexes Marked Archie's Bday in a Lovely Way
Queen's Cousin Accused of Selling Access to Putin
Meghan Wore a Meaningful Necklace for Vax Live
How Celebrities Are Celebrating Mother's Day 2021
Gabrielle and Kaavia's Mother's Day Pic is So Cute