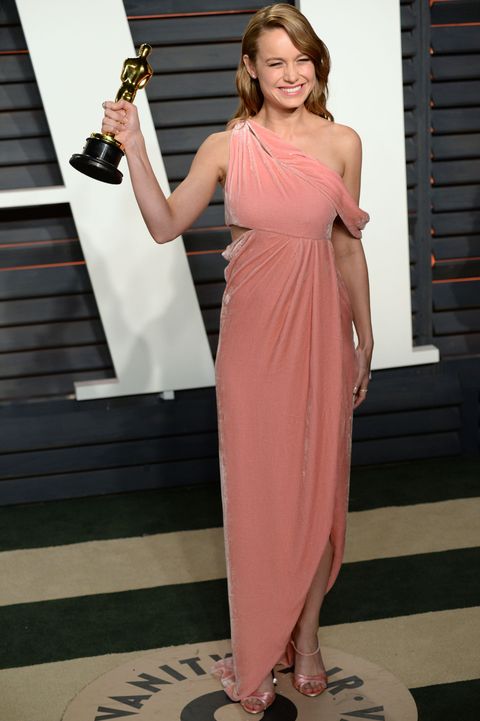 Lady Gaga's stunning performance of  "Til It Happens to You" at the 88th annual Academy Awards was all the more powerful thanks to the real-life sexual assault survivors who rallied on stage with her. But what we didn't see during the Oscars' televised broadcast was the women exiting stage post-performance and being greeted by Best Actress winner Brie Larson, who stood up and hugged each person as they walked by her.

Then best actress fave Brie Larson gets up, hugs each, every one. #Oscars pic.twitter.com/OI3cFZaLtl

Is there an Oscar for being The Actual Best, because if so we're volunteering Brie as tribute. It's absolutely vital that women (and men, of course) support survivors of rape given that victim-blaming is still so prevalent in our culture, and Brie's public display of solidarity during the most important night of her career is a powerful statement to say the least.