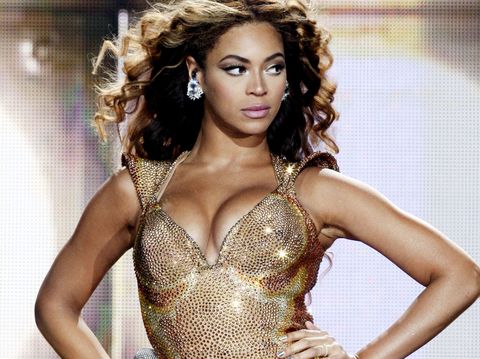 Beyoncé is a woman who goes by many names (Beyon-slay, Queen Bey, Beysus), but "Feyonce" is definitely not on the list. The "Formation" singer has filed a lawsuit against Feyonce Inc, a Texas merchandise brand that's pretty much copping her style right down to the font. It's like, at least have the decency to use Comic Sans, guys.

Bey seems particularly annoyed by a mug with the slogan "He put a ring on it," which is clearly lifted from 2008's "Single Ladies." The star says these knockoffs confuse consumers and that defendants have ignored her requests to stop production.

Bey also seeks damages, though we assume she'll be paid in hot sauce rather than cash if she wins. #NerdyFormationJokes