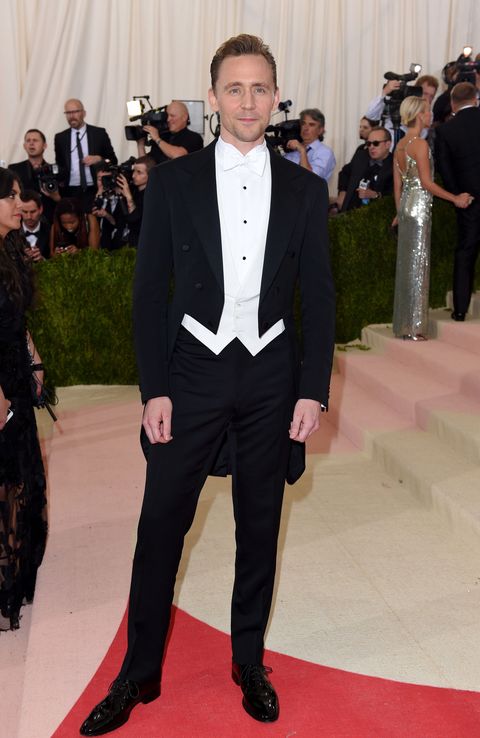 The revelation of Hiddleswift/Swiddleston late Wednesday might have landed more like a anvil than anything else, but at least now there's more conclusive evidence that THIS IS REALLY HAPPENING—and has, apparently, been happening for a while.

While promoting the Hank Williams biopic I Saw the Light, Hiddleston discussed what it was like waving his arms around like one of those windsock men at the Met Gala while his now-kissing-in-picturesque-places partner did the same.

"I sat next to her at dinner that night and she's very charming, she's amazing," he said. "I've seen a couple of her videos. I think 'Shake It Off' was released around the time we made I Saw the Light. And she's very cool."

Spoken like a true dude who would go on to take selfies with her on a craggy outcropping.