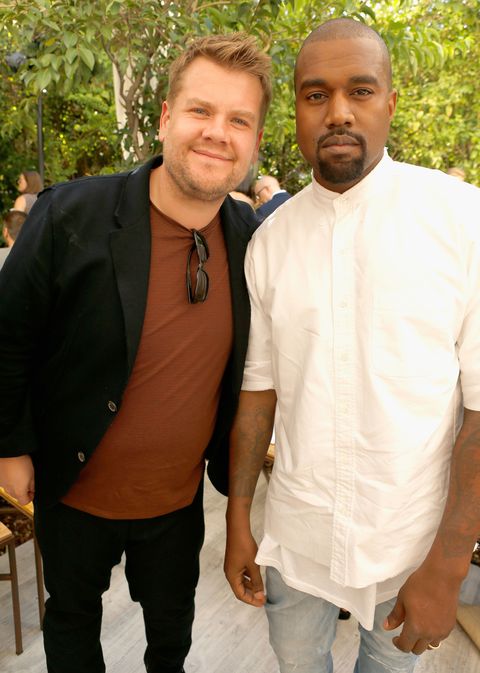 He might have no qualms about standing by while his wife rains down fire and brimstone in the form of Snapchats, but never let it be said that Kanye West doesn't have manners.

In a new interview with BritishGQ, Late Late Show host James Corden explains how one half of the #worldsmostsavagecouple had been booked to do Carpool Karaoke twice but bailed at the last minute. Twice. (No worries, though: "He'll do it eventually. He wants to do it.")

To make up for canceling, Kanye pulled a move that would make Emily Post smile down politely from whatever well-appointed receiving room she's in now. "[He sent] about three dozen white roses, of course. Arranged in the shape of a cube. What could be more Kanye than that?"