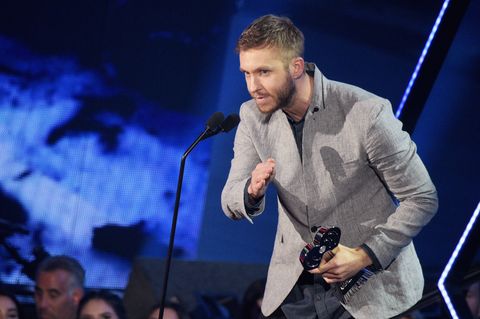 As he has been doing post-Taylor Swift—in between advocating for photosynthesis—Calvin "We're All Plants" Harris grinned and bore it when Howie Mandel cracked a dad joke about his ex-girlfriend on Saturday.

Introducing Harris, who was attending Caesars Palace's 50th anniversary gala to collect an award (ouch), Mandel roasted the DJ with homonyms. "That's a nice suit. Who's your tailor?" he said. "See what I did?"

"You got that prepared, you had that one ready," Harris replied, with the same frozen smile he deployed here. Then he launched into his acceptance speech like a man who walked in thinking it was going to be a chill night.

But at least he got to meet Tony.