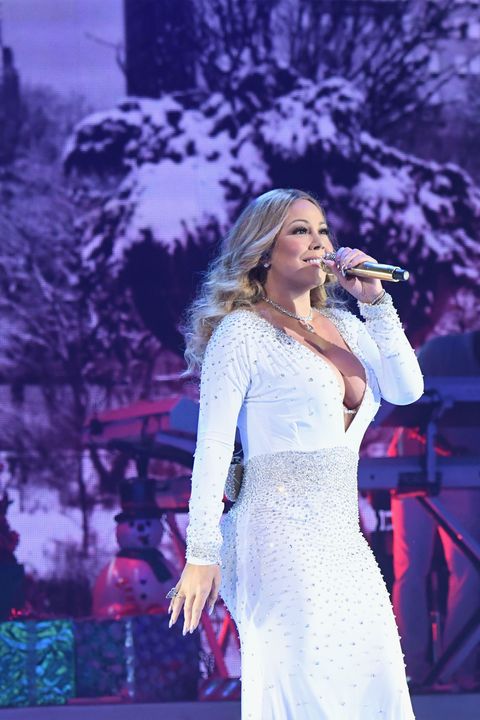 One of the few times Beyoncé and Mariah Carey were photographed together was at a 2004 Versace show. Go ahead—have a giggle.

But as of Sunday's run of Carey's "All I Want For Christmas Is You" spectacular, the world now has another, extremely rare pic of the two megastars. This time, a selfie.

I love you @Beyonce thank you sooooo much for coming out tonight ❤️😘🎤🙌🏽💋 #merrychristmas pic.twitter.com/UEEE3gJdMs

The show leaves New York City on December 17, so nice of Beyoncé to stop by, eh? And Andy Cohen too, obviously.