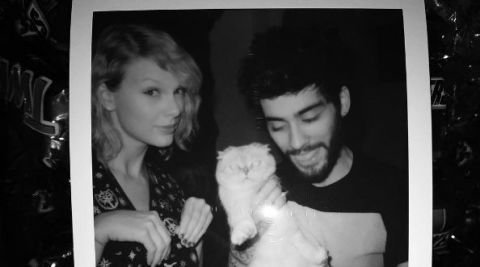 Judging from the newly released soundtrack, Fifty Shades Darker is going to have some pretty major music. But the song we're most excited about? Taylor Swift and Zayn Malik's recently dropped collaboration and its upcoming music video.

The duo were reportedly in the process of filming a video a few days ago (possibly with Zayn's girlfriend Gigi Hadid!), and Swift just shared what appears to be a sneak peek still from the final product. Note: said sneak peek doubles as a happy birthday to Zayn.

First of all, moody AF. Second of all, Zayn is the spitting image of George Michael in this shot, which makes us think a tribute could be in the works.