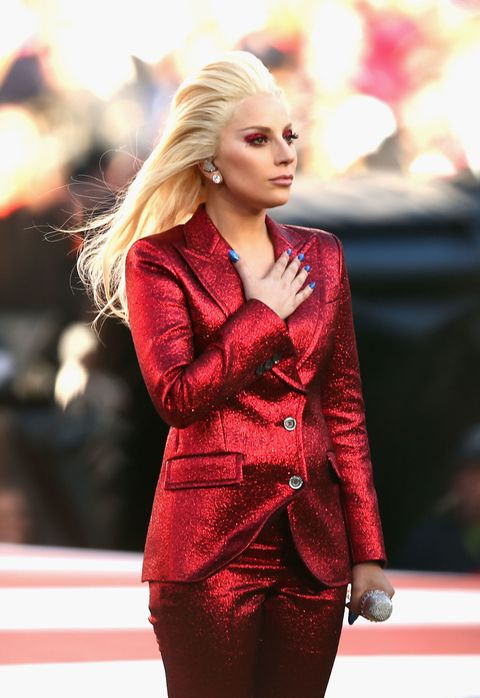 Lady Gaga is taking on this year's Super Bowl halftime show, and her performance will certainly be a break from the norm. While most half-time performers bring in guests (preferably named Beyoncé), Gaga will be doing the show solo—and she's already rehearsing.

Billboard reports that Mother Monster is the eighth star in halftime history to pass on guests (Coldplay brought Queen Bey and Bruno Mars last year), so it's fair to say she'll be bringing her all.

Meanwhile, a report that Gaga has been asked not to talk politics at the Super Bowl appears to be untrue. At least that's the vibe we're picking up from a source who told Billboard: "It's bullshit."

Hmmm, considering Gaga is a vocal supporter the LGBTQ community and women's rights, we're hoping her show will be at least a *little* political. After all, it's just Gaga being Gaga!

Mehera Bonner Contributor Mehera Bonner is a news writer who focuses on celebrities and royals—follow her on Instagram.
This content is created and maintained by a third party, and imported onto this page to help users provide their email addresses. You may be able to find more information about this and similar content at piano.io
Advertisement - Continue Reading Below
More From Celebrity
Harry & Meghan's Drama Won't Be on 'The Crown'
Will's Talk with Charles That Led Him to Kate
Advertisement - Continue Reading Below
The Queen Saved Will from a Breakdown as a Teen
Blake Can't Believe She's Still Married to Ryan
Hilary Duff Reveals Her Pregnancy on Instagram
Prince Philip Has "Walked Away" From Prince Harry
Jessica Mulroney Slams Fake Friends on Instagram
Serena Posted Olympia's First Tennis Lesson on IG
Camila Cabello's Hair Has *Never* Been This Short
Diana's Note About Her BBC Interview Is Missing