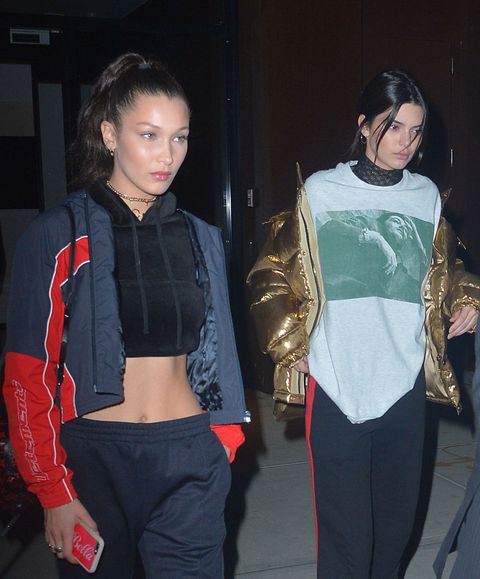 Remember last year when Gigi Hadid was attacked by a "prankster" (read: un-funny dude who assaulted her) in Paris? It was horrific, and now her sister Bella Hadid has been targeted. The supermodel and Kendall Jenner were on their way into Gigi's apartment building, when a woman accosted Bella with a Palestinian flag.

(Note: Bella and Gigi's father Mohammad Hadid has Palestinian roots. They are proud of their heritage, but presumably not to the point where they want a flag shoved in their faces.)

Security notified police about the incident, and the woman was arrested and removed from the premises. She was released by the NYPD without being charged.