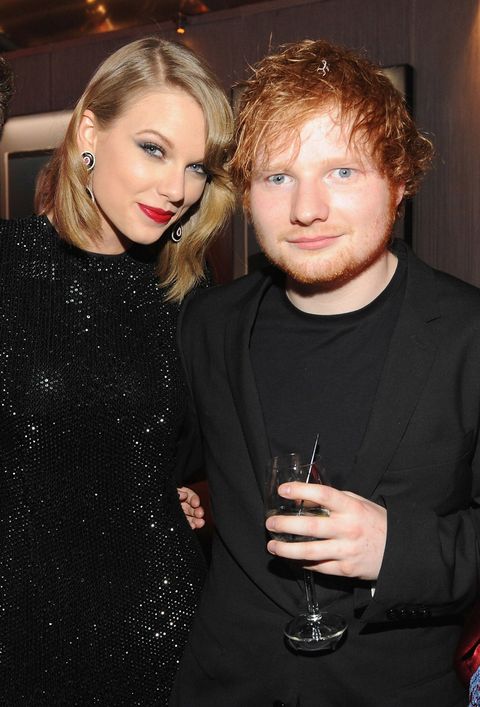 Ed Sheeran, man who's in love with the shape of your body, has been very vocal of late about his BFF Taylor Swift—specifically her plans for a musical comeback.

In an interview with BBC, the British crooner revealed how thrilled he is that none of his competitors are releasing music for a while (to quote: "I've got a full year of just all Ed, all the time"), and specifically touched on Swift. 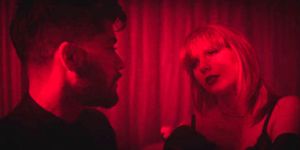 "Everyone I was scared of releasing albums around me released them all last year—people like Beyoncé and The Weekend and Bruno Mars," he explained. "Taylor isn't going to be releasing until probably the end of this year—Christmas is the smartest time to release because that's when everyone buys records. So I've got a full year of just all Ed, all the time."

Cool, so we'll go ahead and block off all of December in anticipation of what we assume will be a shade-fest aimed at the Kardashian West family.

Mehera Bonner Contributor Mehera Bonner is a news writer who focuses on celebrities and royals.
This content is created and maintained by a third party, and imported onto this page to help users provide their email addresses. You may be able to find more information about this and similar content at piano.io
Advertisement - Continue Reading Below
More From Celebrity
Meghan Discussed Her Daughter in Vax Live Speech
Prince Harry Talks Digital Pandemic at Vax Live
Advertisement - Continue Reading Below
Harry and Will Have Been Arguing for Months Now
Prince Harry Doesn't Regret His Oprah Interview
Archie Has a Distinct American Accent, Apparently
Hailey Wore a Nude Blazer and Micro Dress
Gabrielle's TikTok About Her Prom Date is So Funny
Victoria Beckham Shuts Down 'Spice World 2' Rumors
Kendall Jenner Shared Her Experience of Anxiety
'The Voice' Star Blake Shelton Opens Up About Gwen