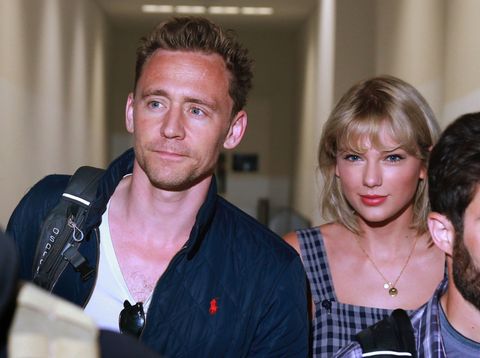 Due to the fact that they a) made out atop a rocky outcrop in front of paps, and b) frolicked gleefully in the ocean during July 4th weekend, the rise and fall of Tom Hiddleston and Taylor Swift's relationship was the subject of much public scrutiny. But Tom Hiddleston is officially over it.

During an interview with The Telegraph, the British actor was once again asked about his relationship with Swift (specifically if he has any regrets) and was simply not on board. To quote the British, he seemed "miffed."

"What should I regret, in your mind?" Hiddleston said in what The Telegraph described as a testy manner, before adding "I would rather not talk about this if that's alright." 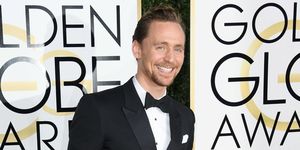 Tom Hiddleston Peed on Someone for a Good Cause

But then, after a "long pause with his hand on his chin" he said: "I'm just thinking about this. Everyone is entitled to a private life. I love what I do and I dedicate myself with absolute commitment to making great art and great entertainment, and in my mind I don't conflict the two. My work is in the public sphere and I have a private life. And those two things are separate."

In other words, leave poor Tom Hiddleston and his "I Heart T.S." tank top alone!

Mehera Bonner Contributor Mehera Bonner is a news writer who focuses on celebrities and royals—follow her on Instagram.
This content is created and maintained by a third party, and imported onto this page to help users provide their email addresses. You may be able to find more information about this and similar content at piano.io
Advertisement - Continue Reading Below
More From Celebrity
Doug Emhoff Reacts to Kamala Harris's Googling Him
Harry Was Homesick for a While, But Is Happy Now
Advertisement - Continue Reading Below
Chrissy Teigen's Therapist Inspired Her New Hobby
J.Lo Claps Back After Botox Comments
Katie Just Posed in a Shirt Her Boyfriend Designed
Meghan Wasn't Appreciated for Royal Contributions
Harry & Meghan Have Had a Painful Year Since Exit
The Queen's Hot Grandnephew Is a Thirst Trap
Watch Diana Play Impromptu Piano in Rare Clip
Peek Inside the Cambridges' Country Home