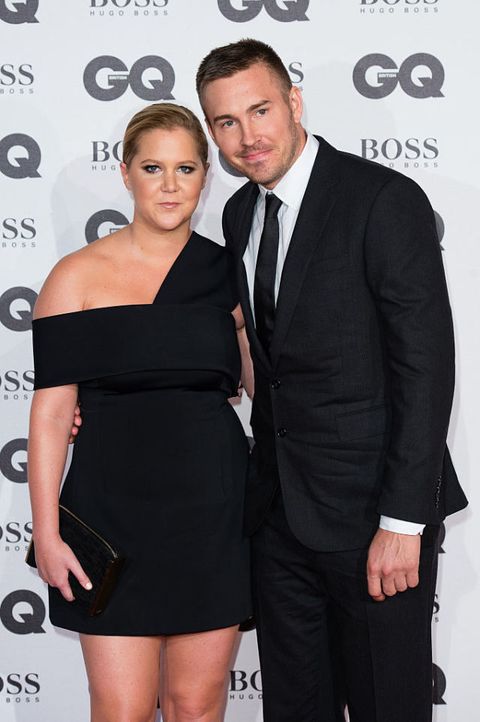 Crushing Carrie-Aidan-influenced dreams everywhere of eventually settling down with a nice, real-dude furniture designer, Amy Schumer and Ben Hanisch, her boyfriend of a year and a half, have broken up.

"Amy and Ben have ended their relationship after thoughtful consideration and remain friends," a rep for Schumer said in a statement to People.

The two met in November 2015—not on Bumble, contrary to popular belief. While they dated, Schumer would tell hilarious anecdotes from their relationship, like when Hanisch's mother Deb took the "no comment" thing a step too far.

Breakups are always sad, but with these two, we actually do believe the "staying friends" bit. So here's to amicable separations—and more talk-show material.