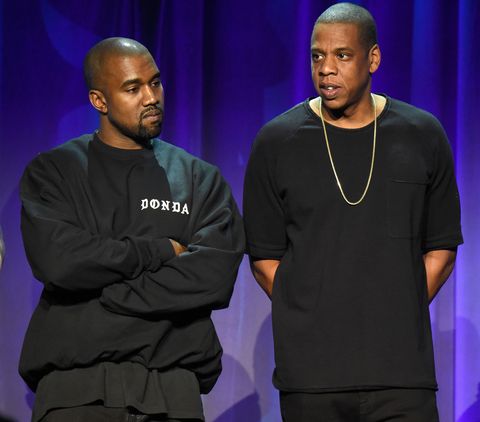 Jay Z got very, very real on this latest album, 4:44. He addressed his infidelity (complete with a Becky reference) and many people believe dissed his fellow rapper/longtime friend Kanye West on one track.

Now, Kanye is reportedly planning a response on his next album, which should be surprising to absolutely no one who has ever heard of Kanye West.

According to Metro, the news of the response came on the Joe Budden podcast, when co-host Mal shared a story about bumping into West and asking him about 4:44.

"He said he's got a few words in response to what Jay had on 4:44 when his next record is coming out," Mal said. "He wasn't smiling. He was smiling before that conversation started. He said some funny shit. He said, 'Yeah man, I was next to Jay for years standing right next to him–why he didn't give me them jewels he put on the album?'"

Listen to the podcast yourself below (and skip to 1:33:50 to get straight to the Kanye scoop).