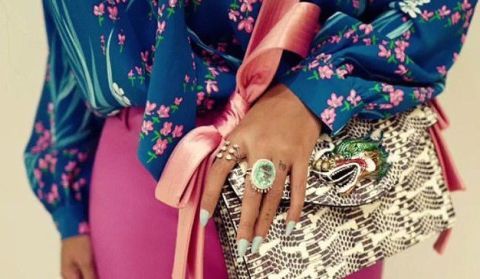 As anyone who attends the Church of Beysus knows, Beyoncé and Jay Z got matching "IV" tattoos to celebrate their marriage in 2008. Bey shared footage of her and Jay Z getting the tattoos in the below Instagram video, but here's a screen grab just incase pushing play on their anniversary love is too emotional for you.

The thing is, Beyoncé just shared a new video of her fashion look—and in a close up of her giant jewels you can see that the "IV "has been inked over. It now has a simple black bar across the top, and an elongated line on the "I." In fact, it almost resembles a "4"—which seems appropriate given Beyoncé's fourth album was called 4, Jay Z's latest album is called 4:44, and (of course) IV means four in Roman numerals.

Looks cool, but two questions: 1) What about Jay Z? 2) WHAT IS HAPPENING?!

Mehera Bonner Contributor Mehera Bonner is a news writer who focuses on celebrities and royals—follow her on Instagram.
Advertisement - Continue Reading Below
More From Celebrity
Queen Elizabeth's Dress Nodded to NHS Workers
The Queen's Subtle Message for Harry & Meghan
Advertisement - Continue Reading Below
People Cried Through the Queen's Speech
Watch the Queen's Address About COVID-19
Kate's Style Is Changing After the Royal Exit
Meghan and Harry Won't Be Working for a While
Meghan Has Been Able to See Her Mom Yet in LA
Chrissy Trolled a Fan With a Breakup Joke on Insta
Archie's Birth Certificate Reveals New Royal Tea
Kylie Jenner Shows Natural Hair Length on Insta