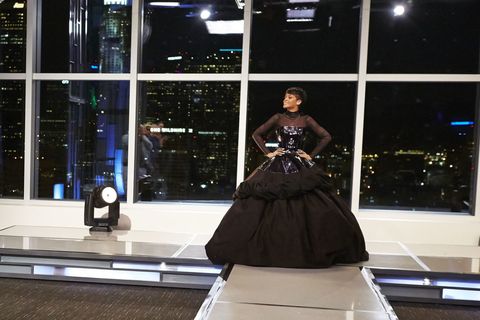 Rihanna covering Madonna! It just rolls off the tongue.

Back in 2008, RiRi covered Madge's ode-to-life's-runway "Vogue," at fundraiser concert Fashion Rocks. Since that momentous day, there hasn't been a recorded studio version we can thrown for a strut-down-the subway-platform moments during our commute and it's haunted us—until now.

Six years after Rihanna first performed the 1990 song, the guide track that was recorded has surfaced online and it's causing major waves of excitement. The dance-pop instrumentals, staccato snaps et al, are the same, but the Barbadian singer's feisty, three-octave vocals add a whole new flavor to the track. Dare we say it, we're kind of disappointed her version was two years too late to appear in The Devil Wears Prada (2006).

The release of the track is also very fitting following RiRi's appearance at the Mugler Ball back in November, where she apparently took an impressive turn on a catwalk in true voguing fashion.

Remember: When all else fails and you long to be something better than you are today, just throw this on:

You should also check out:
Watch Rihanna Werk the Runway at the Mugler Ball

Watch Rihanna Werk the Runway at the Mugler Ball