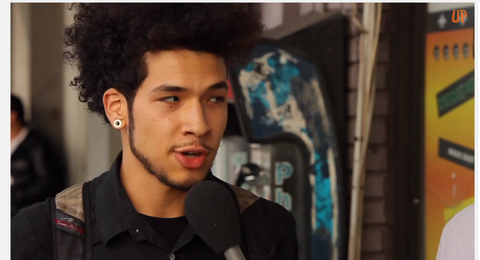 Lately there seems to be a certain disparity between the word "feminism" and the label "feminist." It's a linguistic chasm that's on full display in this video from Upworthy, where a reporter takes to the streets of New Orleans asking men what they think when they hear the word "feminism."

"Women need to be equal for the things they do in this society," one said. Correct! And yet the same men who so eloquently define feminism seem aghast when asked if they're feminists themselves. You've probably witnessed this a bit in real life, no?

The video is ultimately pretty charming—there are WTF moments but also "awww" moments, and by the end you'll feel like the world is maybe a little bit of a better place.

You should also see: