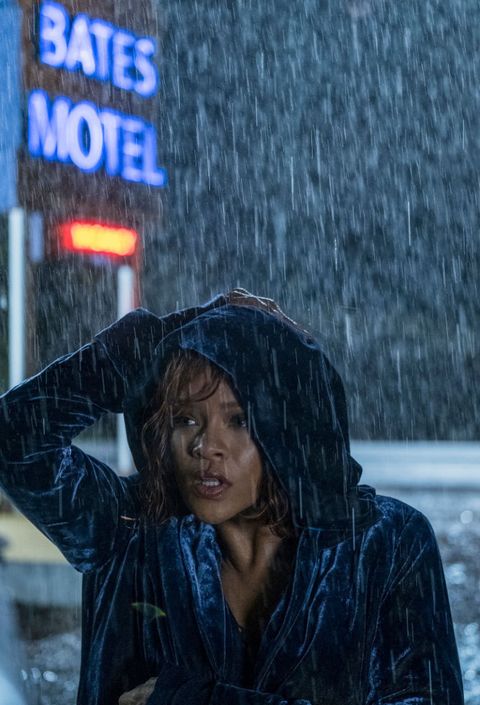 If your life-long wish was for Rihanna to don a velvet cape and make a random cameo in Bates Motel, the teen drama based on Psycho, then said wish is about to come true. Oh, happy day!

The singer/icon/living legend appears in the show's new teaser trailer, and it looks like she'll be assuming the role of "unlucky lady who gets murdered in the shower"—originally played by Janet Leigh. You know, her:

What a time to be alive! Watch the trailer below, and tune into Bates Motel Season 5 February 20 on A&E.