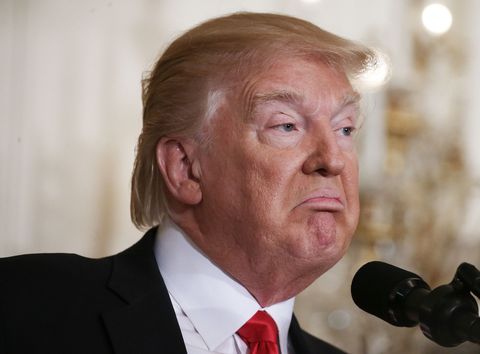 Just when you thought President Trump's CNN meme—an edited clip of himself "beating up" CNN—couldn't get more troubling, it appears to have originated from a Reddit user with a history of celebrating racism and violence.

According toThe Washington Post, the creator of Trump's meme has been trolling around Reddit for about a year, and has posted some disturbing content during that time—like the fact that he visited Paris with "punch blades" to attack Muslims:

He's also said some less than polite things about people born in other countries:

And has "joked" about putting a cat in a blender:

The CNN meme was made and shared in a Reddit subgroup called r/The_Donald. As The Washington Post notes, the subgroup occupies itself with conspiracy theories about the Clintons killing people, among other iffy topics. 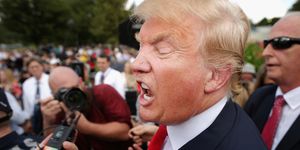